What's on this Page

Sun salutation (Surya Namaskar) is an ancient Indian method of offering prayers to the rising Sun in the morning along with a series of physical postures with regulated breathing aiming at range of physical, mental and spiritual benefits.

Facing east, in the early hours of morning, one standing with serene mind offers prayer to Lord Sun (Surya in sanskrit) with Surya namaskar.

According to the Scriptures, if performed correctly, Surya namaskar does not strain or cause injury. If performed in the morning, it relieves stiffness, revitalizes the body, refreshes the mind and purifies subtle energy channels

Surya Namaskar Yoga benefits your every organ in the body including liver, stomach, intestines, heart, throat, chest, and legs.

When you practice the Sun Salutations regularly, you will slowly start to notice some phenomenal benefits for your body and mind. These powerful and intense asanas have great benefits for your liver, stomach, intestines, heart, throat, chest, and legs.

Surya Namaskar Yoga benefits your whole body, from your head to your toes. 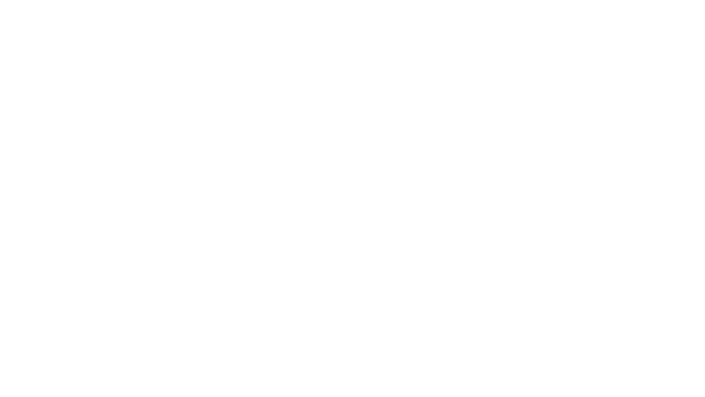 Surya Namaskar also improves and boosts blood circulation throughout the body, ensuring that your stomach, bowels, and nerve centers are functioning properly.

The poses of Surya Namaskar include a combination of deep breathing with a flowing movement. The asanas stretch out the entire front and back of your body, building strength over a period of time as you keep practicing the poses.

What is the best time to practice Surya Namaskar?

If you want to gain the maximum benefit from practicing Surya Namaskar, then it is best to practice the asanas in the morning as it revitalizes the body and refreshes the mind, making you ready for all the tasks of the day.

You should be doing it on an empty stomach and preferably during the early hours of the morning or dawn. According to yoga experts, you should not eat anything for four to five hours before you practice the Surya Namaskar.

The time of dawn is said to be the best time for performing Surya Namaskar because as the sun comes up, the rays of the sun help revitalize and refresh your mind and body.

How Many Sun Salutations per day?

Surya Namaskar for Beginners ideally just two to four rounds of the 12 asanas daily. You can gradually increase this number to as many rounds as you can comfortably do. It is recommended that you do at least 12 rounds of Surya Namaskar daily.

If on some days you do not have sufficient time to practice for a long time, then you can also limit it to one or two rounds of asanas. In its entirety, Surya Namaskar will help quieten your mind and boost your energy levels.

You should do the postures slowly and rhythmically. Have a complete awareness of your breath as you change from one posture to the other in a fluid motion.

Stay into each posture for at least 5 seconds and hold your breath as an when it is required. The purpose is to have complete awareness of your mind, body, and breath.

The number of times you do Surya Namaskar is not important. What is important is the quality of each posture that you are performing. You should feel connected to the significance and the feel of each and every posture as you are doing them.

When you understand your body, you will soon realize how much is too much and you will not exhaust or overstretch yourself while practicing the asanas.

Is there a correct pace of doing the Sun Salutations?

Surya Namaskar Yoga benefits the maximum if you can choose any pace from a 3-speed variation. The three paces are:

Can Surya Namaskar Yoga benefits in creating new neurons in the brain?

Can we grow new neurons in the brain as adults?

She explains with the research facts and provides practical advice on how we can help our brains better perform neurogenesis.

What is this neurogenesis and what it impacts in our lives, it improves mood, along with increasing memory formation and has a profound effect in preventing the decline associated with aging along the way.

Is there any scientific evidence of Surya Namaskar Yoga Benefits?

Indeed there is. In fact, if you understand the science behind this technique, you will have the right outlook towards the asanas. According to many ancient Indian sages and yogis, it is said that different types of energies rule or govern the different parts of the body.

For example, the solar plexus which is located behind the navel is known to be connected to the Sun.

When you practice Surya Namaskar regularly, it will increase the size of the solar plexus.

Similarly, there is a scientific reason attached to each and every posture of Surya Namaskar and hence practicing Surya Namaskar is highly recommended.

With the recent rise in obesity awareness and the increased understanding of the importance of physical activity in promoting overall health, greater emphasis has been placed on improving physical fitness to enhance quality of life.

Surya Namaskar, a component of Hatha Yoga, has been practiced by Asian Indians for hundreds of years and is often used in place of a typical fitness program.

It consists of a series of postures (asanas) that are repeated 12 times per round.

Only one published study has looked specifically at Surya Namaskar, measuring the energy cost of individual asanas (Sinha et al., 2004).

However, practitioners typically perform several rounds of the asanas during a session.

Here are the details of a Study conducted on Six healthy Asian Indian men and women (18-22 years) who had trained in Surya Namaskar for over two years who participated in this study.

Testing was completed in a single session lasting about 30 min. To measure heart rate and oxygen consumption while performing the four rounds, participants were connected to a heart rate monitor and the Oxycon Mobile Metabolic System.

Results: Participants exercised at 80% of age-predicted maximal heart rate (HRmax) during Round 2, 84% during Round 3, and 90% during Round 4. Average intensity during the four rounds was 80% HRmax, sufficient to elicit a cardiorespiratory training effect. Oxygen consumption averaged 26 ml/kg/min during each round, resulting in an energy expenditure of 230 kcals during a 30 min session for a 60 kg individual.

What does research says about the Surya Namaskar Yoga Benefits for Weight Loss?

They were divided into two equal groups of 15 subjects each. One group was treated as an experimental group and another one as control group.

The training of Surya namaskar was given to only experimental group. The control group was not given any kind of yogic exercise.

The training programme of 30 days was organized for 60 minutes daily practice
of Surya namaskars at 6.00 to 7.00 a.m.

The tests were conducted on two occasions 1.Before the training of Surya namaskar and 2. After 30 days of practise of Surya namaskar. After the completion of the practice period, the weight of subjects of experimental & control groups were measured compared and the results were statistically analyzed.

Results of a study have shown that one month regular practice of Surya namaskar causes weight loss in the obese persons. Surya namaskar is a moderate physical exercise which is linked with the breathing. It consumes calories moderately without much fatigue or exhaustion.

In this study the obese persons have lost almost 4 Kgs in one month which is considered physiologically normal. The diet of these persons was not
controlled and still the weight loss effect is seen.

That means obese persons will have to continue such moderate exercise of Surya namaskar for more than one month till they reach their weight loss target.

Many studies have shown that doing Surya Namaskar even for one minute helps you burn up to 3.79 calories. One full round of Surya Namaskar takes roughly 3 minutes and 40 seconds to complete, thereby burning 13.91 calories in one entire session.

However, the results will vary from person to person as the number of calories burnt will also depend on individual body weight and other factors.

3,500 calories imply to one pound of fat, therefore you need to burn roughly 250-500 calories per day if your goal is to lose a pound every week. Thus, an individual of average weight needs to perform:

This is a rough estimate and the actual amount of calories burnt will vary from person to person, as discussed above.

A gesture of showing gratitude to the sun, Surya Namaskar is a complete workout for the entire body. The 12 asanas of Surya Namaskar Yoga Benefits by bringing your body, mind, and breath together.

Providing a wide range of benefits, the Surya Namaskar is truly the ideal yoga workout in today’s stressful world.

The sun is the basis of life on our planet earth. Without the sun, there would be no life on our planet. Surya Namaskar or the Sun Salutations is a method of paying respect or showing gratitude to the sun that has been practiced for many years.

Best done at sunrise, the Sun Salutations, when performed slowly and steadily, helps tone our muscles and also relaxes the entire body. At a slow pace, the This also functions as a meditative technique. When these 12 asanas are done at a fast pace, it works as an excellent cardiovascular workout.

hindustantimes.com, 10 minutes of Surya Namaskar daily is highly beneficial for body and mind, here’s how